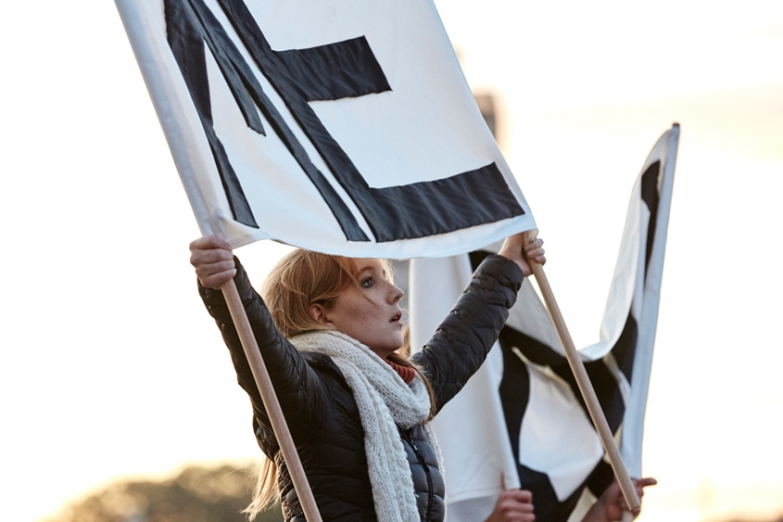 Exhibition text: the artists marched back and forth, side to side, stepping over one another in a diamond formation, whilst opening and closing their banners (‘you’ and ‘me’) until dark. This tango was an attempt to capture the attention of the Tourist climbers on top of the Sydney Harbour Bridge, who had all of Sydney to look at, at the height of it’s beauty - sunset. The work was made during Marina Abramovic’s Australian artist residency, in which the public were invited to watch Performance Art being made - observing Clark Beaumont and 10 other performance artists daily as they strove to create new work. Despite their assured failure in capturing their selected audience’s attention, the work gives Clark Beaumont back their agency. Their desperation to connect was removed from their current, intimidating context and displaced onto a group of people who never sort after it. Projecting celebrates the mere action of trying and desiring to connect, advocating for the strength and value in this act alone. 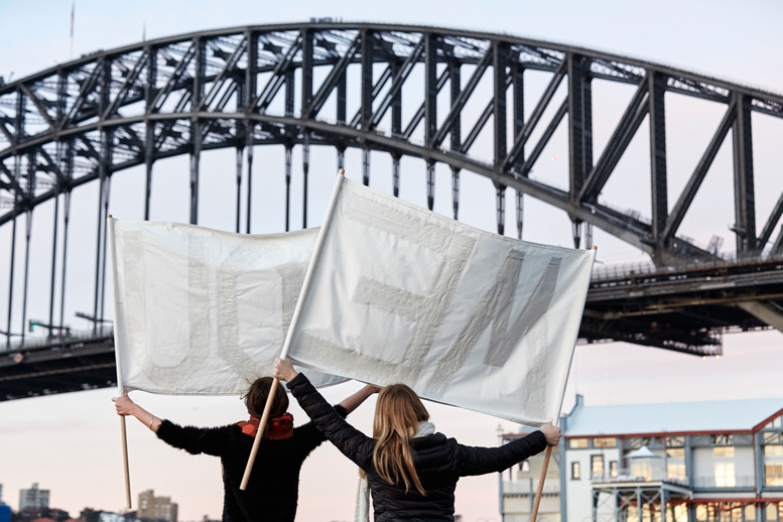